The coolest car in the world 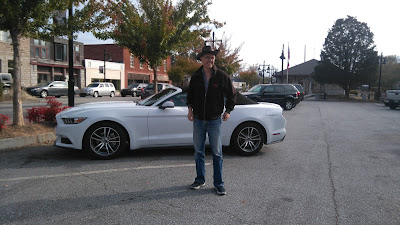 Here he is, with his car. It was pretty cool.

Dad has been nattering at me for ages to write about Nationals. And I've been avoiding it, but he's been getting progressively more annoyed, so I had probably better do it eventually.

Thing is, there isn't that much to say. Mum and dad came over about a week before the race, which was nice, but the timing of the whole thing was a bit poor because it was finals week in school, so I couldn't spend as much time tearing around in the car with them as I might have liked, because I had final projects to do. But we still managed to go to a few places. 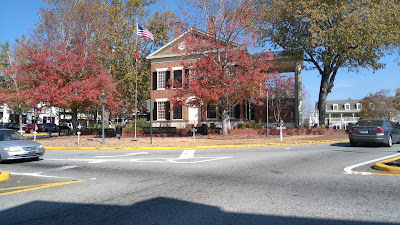 Dahlonega, which looks like this, and is probably the birthplace of the phrase 'one-horse town'. It's historic, apparently. Outside the US, this really means it's about as old as our house. It turns out we did a race near the start of term in this town (oblivious, me?), which looks terribly exotic on my Power of 10 profile, even if it is just a random town in Georgia where they sell sun-dried possum. 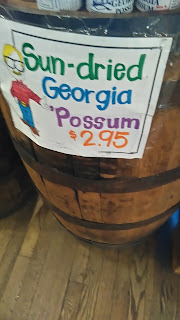 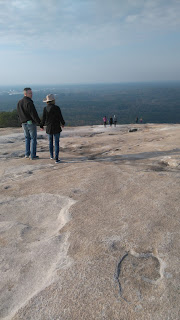 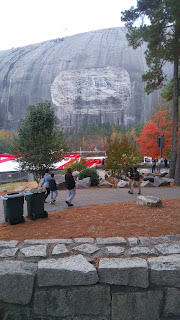 It also has this great big carving of some Confederates on the steep side of it. I couldn't get a good picture of it because all around the base of the rock was a Christmas market thing that we weren't going in to.

Nationals were in the St Louis area, a city known best for having a massive arch. 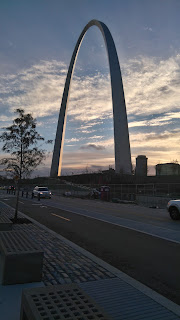 An arch, see; it's massive. No explanation, no particular reason, just a huge, great, big arch. Mum was impressed at how new it looks, even though it's over 50 years old, but that's probably because it's made of metal rather than stone or something that weathers. 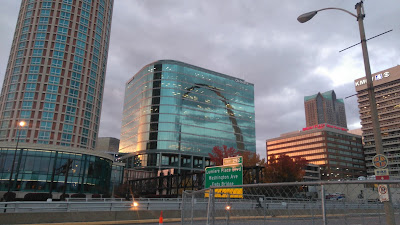 Here it is again, reflected in some of the buildings behind. St Louis was pretty cold, especially after Atlanta, which is a warm, sticky place. 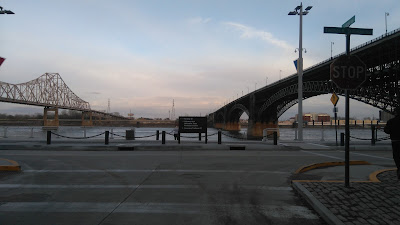 It doesn't look all that cold in the pictures, but there was a cold wind, almost like being at the coast. St Louis is interesting because it is the meeting point of the Missouri and the Mississippi rivers, so there is wide, wide river all over the place. I was amazed at the Mississippi; even as far north at St Louis it was enormous- like a UK river estuary. How wide it must get further down I can scarcely imagine. Nationals itself was not that great. I'd been suffering with the sore foot (still am), and it was very difficult to work on stride length and push on with that. That said, the course was the hilliest we'd seen all season, and I ran around 18.15, which I don't think was bad at all under the circumstances, so it was a bit disappointing, but not actually embarrassing. 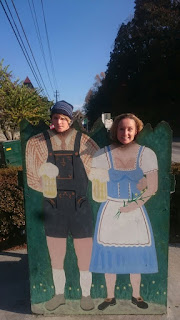 Unlike this picture of me and mum, which is pretty damn embarrassing!