Having arrived in America over 3 weeks ago, we have finally started classes this week. Due to the threat of hurricane Irma, lessons had been delayed by a week and all the students from the Savannah campus had been moved to stay with us for a few days. The delay wasn't ideal as we now have to catch up for lost time on Fridays which were meant to be our free day.....a shame as I was quite excited about having a day with no classes! It did however mean that I could focus on training before the first two of our races. The first race was a 4k cross country in Alabama and I definately felt the pressure, I knew I wasn't the strongest runner in the team but one of the main diferences in running out here for SCAD compared to running in England is that the focus is very much on the team's overall positioning so I knew my finishing place would count! It was also super weird not having my family here to support me. I'm usually awful at coping with nerves and often spend the countdown to a race having pep talks from my mum and rushing around frantically trying to keep calm but in this case I spent it sitting on the mini bus listening to music and trying not to cry!! Luckily the race went really well and to my surprise I managed to finish 2nd for the girls team and 18th overall. To top it all I also won my first t-shirt as the top 20 finishers received a t-shirt with the name of the race on it!
Initially I found the training very demanding, especially the regular long runs, as this was very different to the type of training I was used to...faster and shorter sessions with longer runs between 5-7 miles no more than three times a week. On the second week after the race I clocked up 45 miles which was the most I had run in a single week of training...ever! It is so helpful having Josh, the trainer, in the gym as I find my calf muscles are constantly tight after the races and high intensity sessions.


I ran my second race last weekend, a 5k, so my first official American cross country! I had no idea what time to expect as the course was reasonably flat however it also contained some tricky steep hills and forest tracks. To my delight I finished in 4th place behind my team mates Emily in 1st position and Kalie who came in 3rd. The team lost out narrowly on 1st place by just 1 point! The race took place at 8:15am so a 5am very early start (not my ideal!)
Since being in Atlanta I have made a real effort to get to know the city and have already been to the Aquarium (an incredible experience), been to see my first ever baseball game (the Atlanta Braves being the local team), spent lots of time shopping and last weekend went to the Midtown music festival which took place in the park we train in (Piedmont Park). We have also had several gatherings as a running group, (including a pasta party!) all of which have been so much fun. 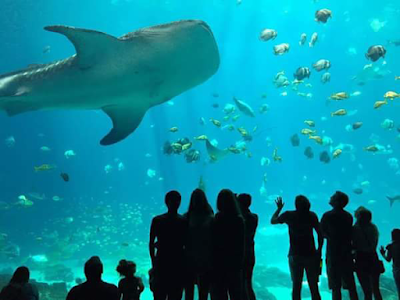